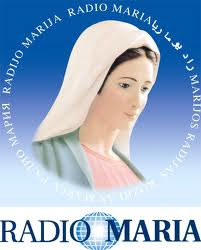 
Chrissy Brand looks at websites with a radio connection, this month looking at some off-beat CDs, interval signals on video, the varied uses of blogs about radio, and a selection of internet stations from across the globe.

Sound and vision
If you want to hear some music with a difference I recommend a CD called Music for DXing, by a band called Spunkle. Its 16 tracks have enticing titles such as Sunspots, Hi-Lo and Wax Paper Capacitor. It cleverly mixes “the sounds of shortwave with primeval electronica in a drumless, bassless, trebleless midrange landscape of anticipation.” Originally released for friends and fans in 2003 it is now available on the First Fold Records label www.firstfoldrecords.com/?page_id=1321 There is plenty of background reading about the CD, including “Nine questions about DXing”, which is actually a fascinating backdrop to how such an esoteric CD came about. See also Spunkle’s MySpace page for samples of music and links to other likeminded souls at www.myspace.com/spunklemusic

Another artiste on their books is Papa November, named after an infamous numbers stations. A MySpace page exists for this Birmingham based band at www.myspace.com/papanovembermusic but for the numbers station of the same name I suggest you start at Simon Mason’s website, which has audio as well as a potted history http://www.simonmason.karoo.net/page9.html

Blogs and logs
Blogs can of course be used for whatever the author chooses, be it opinions on world events or baking recipes. In the world of radio sometimes the most simple blogs can be the most effective. For instance, the Sami DX blog simply list the latest DX logs of a Finn. He also adds the occasional QSL card and the briefest of information about himself. Based in the city of Joensuu, Finland, the equipment used is a Sony ICF-SW-7600GR, Eton Satellit 750, Akai AT-VO4, Tecsun PL-310, Eton G3 and a Tangent Quattro. http://saminblogger.blogspot.com/
It is a good example of how easy it is for anyone to blog and to share their radio findings with the world.

At the other end of the blogosphere we have a busy looking site that has a myriad of information boxes. They are well laid out with lots of photos and links to world radio. The latest news merges with archive views on radio from countries from Mexico to Bulgaria, along with maps, videos and news clips. http://yimber-gaviria.blogspot.com/
It is in Spanish when you arrive at the link but a quick click on the union flag should take you to an English language version, for most items anyway.

A more conventional, and therefore wordy, blog is that of M6RDP in Torquay. I particularly like the photo which demonstrates his QSL cards. They are cleverly displayed in a large plastic wallet which hangs on the back of a door. The cards are therefore protected and can also be changed for others when you tire of them. http://qrpstationm6rdp.blogspot.com/2010 This will give you a flavour of this interesting blog , which includes photos of restoration projects along with other everyday thoughts: “It never fails to amaze me that my 5W or 10W signal can travel up into space at the speed of light and bounce back to earth hundreds or even thousands of miles away.... I have been a SWLer for almost 30 years, and with a short break to explore the world of amateur radio (which is now my second-favourite branch of this terrific radio hobby of ours) I am just as interested, if not more so, in SWLing as I was when I was 15. My first SW radio was a, what looked like, half-finished homebrew receiver lent to me by the next door neighbour on my parents’ farm who was a licensed radio amateur very keen on CW. It had no lid or sides and I remember all the coils inside and being so inspired by the way signals could travel so very far. Listening that Christmas to Swiss Radio International was one of the most exciting and inspiring experiences of my life. It set me out on a path I have never, for one moment, regretted and have always, without fail totally enjoyed. The hobby is a real joy and blessing and I can't imagine life without it.”

Another blog which I like to simply sit and stare at contains beautiful classic French receivers http://collectionneurdetsfetradio.blogspot.com/ This is the blog of Jean-Pierre Mallard in Marne. There are some amazing examples of classic 1950s design here, with my favourite being a 1954 Sonolor. Although to be honest each time I have a look at the dozen or so radios I have a new favourite. What I find even more remarkable is that these have all been unearthed at flea markets and brought back to their original condition.

Radio requests
Bradley Allan asks if there any websites that document Radio New York Worldwide (call sign WNYW) which was a commercial shortwave station from the 1960s and 1970s. There are several and I’ll start with a timeline of the station along with other similar ones from that era at the Northern Star website in Norway, specifically http://www.northernstar.no/wnyw3.htm
Northern Star were an organisation who hoped to broadcast internationally on long wave about a decade back but their plans did not come to fruition. Spearheaded by Father Svenn Martinsen they still have plans for a similar venture.

But back to WNYW, there is a “where are they now?” blog with links to audio at http://wnywradio.wordpress.com/ The link also goes to a Lou Joseph podcast from the station, and to the website of broadcaster Les Marshak http://www.lesmarshak.com/audio_radio.html

There is also a vintage Media Network page dedicated to WNYW as well, which includes a link to the Radio Netherlands tribute programme http://criticaldistance.blogspot.com/2010/04/media-network-tribute-to-radio-new-york.html

Bradley also asks if there is a specific website for Radio 390 International, which was a former offshore pirate, or free radio, station. The short answer is that there are plenty! The Offshore Radio website has a page of photos and memories at
http://pages.123-reg.co.uk/themuffinman9837-1143188/offshoreradiomemories/id4.html This is part of an in-depth website covering many other similar stations, in contrast to the Wikipedia simple overview of offshore pirate radio http://en.wikipedia.org/wiki/Pirate_radio_in_Europe

Bob Le Roi’s website “The audio-visual scrapbook of radio then and now” gives plenty of coverage too of the offshore stations including Radio 390, at http://www.bobleroi.co.uk/ Finally, although there are many more links toRadio 390 online, Herman Boel’s ever useful medium wave a website has a history section including a link to a brief audio identification at http://www.hermanboel.eu/radiohistory/countries-intwaters.htm

Radio Slovakia International has revamped its website and it looks very slick and modern, be it in Slovak, English or any of the other language services. To hear live broadcasts online go to the “program” calendar to find the language and times of broadcast, and then decide when to listen live http://www.slovakradio.sk/radio-international-en

Now for a quick look at a radio portal with a twist, or in this case with a shake
http://www.radioshaker.com/ There are links here to a huge variety of local radio from around the world. But what makes it a bit different from many web portals is the novelty aspect of clicking on the “shaker” icon. Each time you do so, it randomly selects a new grid of 45 station logos for you to explore. It is a good way of ensuring you always investigate new radio stations.

In doing so WILK 103.1 News Radio from Pennsylvania was an entertaining lunchtime listen (lunchtime in the UK, breakfast time in the US east). MDR Sputnik was a electronica and dance station in Germany, which I would never have tried had it not popped up at the shaker, and which provided an interesting audio excursion. Radiocale in Milan proved to be an ‘80s retro station which played some familiar and some less familiar tunes, which was a nice listen. Radio Tora is religion from Israel, Alfa Fado was a world music station in Paris http://radioalfa986.net/ , WUAK was the University of Alabama radio station and Radio Tamaulipas 107.9 in Mexico which is a public and community station.

An interesting US college station is WFMU http://wfmu.org/ that broadcast in New York and the Hudson Valley. They are an “an independent freeform station” and create an entertaining blend of music and talk with programmes and features that include the history of skate rock, Seven second delay and Coffee break for heroes and villains. They also run a very readable blog entitled WFMU Beware of the Blog along with archive audio and podcasts at http://blog.wfmu.org/
Posted by Jaisakthivel at 2:17 AM 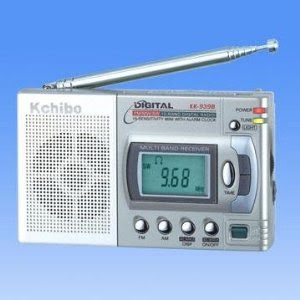