Guglielmo Marconi (Italian pronunciation: [ɡuʎˈʎɛːlmo marˈkoːni]; 25 April 1874 – 20 July 1937) was an Italian inventor, known as the father of long distance radio transmission and for his development of Marconi's law and a radio telegraph system. Marconi is often credited as the inventor of radio, and indeed he shared the 1909 Nobel Prize in Physics with Karl Ferdinand Braun "in recognition of their contributions to the development of wireless telegraphy". Much of Marconi's work in radio transmission was built upon previous experimentation and the commercial exploitation of ideas by others such as Hertz, Maxwell, Faraday, Popov, Lodge, Fessenden, Stone, Bose, and Tesla. As an entrepreneur, businessman, and founder of the The Wireless Telegraph & Signal Company in 1897, Marconi succeeded in making a commercial success of radio by innovating and building on the work of previous experimenters and physicists. In 1924, he was ennobled as Marchese Marconi. (Source: Wikipedia)
Posted by Jaisakthivel at 12:31 AM

Greenville, NC (PRWEB) April 24, 2012
LBA Group Inc. has shipped to the Republic of India six custom-engineered
antenna tuning units, the first shipment in a five-year project to
digitally upgrade All India Radio facilities across the subcontinent.

All India Radio (AIR) is the official broadcast department of the Indian
government. Working through project partner Arraycom, Ltd., LBA Group was
designated preferred supplier for the AIR transmission system overhaul. The
upgrade will include converting all AIR broadcast facilities, AM/FM radio,
shortwave, and television systems to handle digital transmission of program
material.

They watched as the first six DRM digital-ready, 20-kilowatt, medium-wave
tuning units left the fabrication center. K.G. Vyas, the company's lead
technical representative in the field, said he was "impressed with the
measured performance of the systems." He said the initial batch of units
was to be operational by July.

Brown began talking to Arraycom executives three years ago about LBA
supplying the special-engineered units for the upgrade. "We've enjoyed
working with Arraycom on these initial units and look forward to helping it
meet the future digital needs of All India Radio," he said.

A common practice in India is for multiple medium-wave services to share
one site, imposing difficult requirements on antenna tuning systems. The
LBA antenna tuning units are fitted with high performance, specialized
filters to permit simultaneous operation with nearby transmission towers.

LBA tower systems have been shipped to sites on continents around the
world, as well as across the U.S. The company has a pervasive presence in
the broadcast industry of Mexico.

About LBA Group, Inc.
LBA Group, Inc., has more than 45 years experience in providing support for
infrastructure assets of the wireless telecommunications industry. It is
comprised of LBA Technology, Inc., a leading manufacturer and integrator of
radio frequency systems, components and test equipment for broadcast,
industrial and government users worldwide, and engineering consultancy
Lawrence Behr Associates, Inc. . The companies are based in Greenville, N.C.

(Via Alokesh Gupta)
Posted by Jaisakthivel at 4:55 AM

My voice in CRI Tamil section

Seeking better utilisation of radio frequency spectrum, the Telecom Regulatory Authority of India has recommended that the frequencies for FM radio channels within a licence service area should be released with a minimum spacing of 400 KHz from the current 800 KHz.
Several private FM radio operators feel that the cutting of frequency spacing would lead to a deterioration in the quality of reception and impact the proper enjoyment of content and programmes.
In its recommendation to the Information and Broadcasting Ministry, Trai said the FM channels operating with a channels spacing of 400 KHz should be radiated from effectively co-located sites and transmitted with equal power.
The 43-page recommendations by the regulator follow a request from the Ministry in August last year. The Ministry had requested Trai to reconsider the issue of minimum channel spacing within a licence service area in the FM radio sector.
The regulator has also written a letter to I&B secretary Uday Kumar Varma in this regard.
It said the exact location of frequencies may be done taking into account the frequencies and power of the existing set-ups/already allocated frequencies in the adjacent licence service areas so that the criteria for frequency re-use are satisfied. All the future planning if frequencies and development of the infrastructure should be done accordingly.
The co-location of transmitters has already been recommended by Trai in its earlier recommendations pertaining to expansion of FM radio broadcasting through private participation.
The minimum channel spacing - the frequency separation between the adjacent channels' carrier frequencies - is an important parameter which determines faithful reception of individual at the licenser's FM radio receiver set.
With the improvement in the quality of radio receivers, penetration of digital devices such as mobile sets among the masses and alternate designs of the FM radio transmitter set-ups, it is now technically feasible to transmit more FM radio channels with reduced channel spacing in a given licence service area.
This should ensure effective utilisation of scarce radio frequency spectrum, the regulator has said.
Earlier, Trai had asked for stakeholders' comments on the issue in which only Radio Mirch has supported the recommendation while all the other private FM operators had expressed concern citing cost escalation, devaluation of current radio business and negative impact on the quality of sound of current stations as reasons for not supporting the move.
Those who have not supported the proposal are FM arms of media houses like HT Media (Fever FM), TV Today Network (Oye FM), Next Media Works (Radio One) and Music Broadcast (Radio City).
Entertainment Networks India Ltd, which runs Radio Mirchi, said: "The Trai's recommendations on Phase III and minimum channel spacing of FM radio are progressive in nature and if they are accepted by the Government in spirit, it will mean rapid proliferation of private FM radio on a far larger scale than what we have seen in Phase II – reaching out to the fringe populations of our country. In light of this, our submission is that the operating control of the private FM radio companies should vest with Indian companies and Indian citizens. Foreign controlling ownership, i.e. equal or greater than 25 per cent would mean that editorial and content control no longer rests with Indian citizens."
However, Radio One believes the reduction should not be done in A and A+ towns as these are towns where all the existing players have paid the maximum licence fee. "These are also the most crowded FM markets with challenges even at 800 kHz separation. It should be considered only if existing players are allowed 15 years co terminus licence with new players and government is willing to bear the cost of the shift to lower channel spacing," it stated.
Radio One also said that if the channel spacing is done without the co terminus for existing players, there is no level playing field and "existing players will be forced to take legal recourse". It warned that Phase III would get delayed as channel spacing is an issue which will take long time to resolve technically.
Meanwhile, Radio City said that the decision of reducing the channel spacing would not only be "detrimental towards the interest of the existing broadcasters, but more importantly to the general public."
It also said that there would be a substantial modification and investment required in the existing infrastructure. "The private FM radio broadcasters will have to invest to the tune of Rs 100 million for each city to make the said reduction in frequency technically possible. Such investment would simply make the transition to Phase III unviable for a lot of the existing and new broadcasters," it said. [Indiantelevision.com 20/04]
Posted by Jaisakthivel at 10:16 PM

English to All Asia

Posted by Jaisakthivel at 3:26 AM

Note: 100.1 MHz seems to be the frequency of the newly installed 100 Watt FM Relay stations in different parts of the country.

The complete schedule is in the following link.

From AIR broadcaster to Myanmarese icon - B. KOLAPPAN 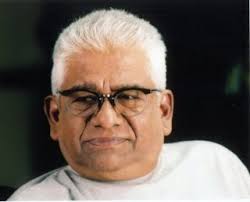 Actor Bharathi Mani recalls Suu Kyi as a wiry student who needed help for long stay in Delhi
With her National League for Democracy (NLD) sweeping the by-elections in Myanmar, the name Aung San Suu Kyi has come to symbolise the yearning for democracy in the military-ruled country. But in the 1960s, she was just an unassuming student and a part-time broadcaster in Delhi, recalls a Tamil writer and actor.
Bharathi Mani (74) who had worked as an executive with the Birla group, still cherishes the days they spent together in All India Radio (AIR), Delhi, along with another actor and newscaster Poornam Viswanathan.
In the early 1960s, Ms. Suu Kyi was a student at Lady Shri Ram College and supporting herself by working as a Burmese newsreader in the External Services Division (ESD) of the AIR. She would translate the English bulletin into Burmese herself and present it.
"I first met her while having methu vada with Viswanathan in the AIR canteen," recalled Mr. Mani, speaking from an outdoor shooting location of Mani Ratnam's ongoing movie 'Kadal' from Kozhikode.
"Can I join you?" a wiry woman in her early twenties had asked him in her feeble voice while holding a cup of coffee. "Then without waiting for our response, she sat in a chair," Mr. Mani said. She spoke fluent English and already knew Viswanathan.
Mr. Mani, who had then established himself as an actor in radio plays, would visit AIR four or five days a month. Viswanathan was working as a Tamil newsreader and Mani would join him for a cup of coffee and snacks at the canteen.
Mr. Mani said he would often meet her in the canteen or greet her through the windows while crossing the Burmese news section to reach the Tamil section.
"Once she told me that she was facing problems in connection with her stay in India. The Burmese had to register periodically with the Foreigners Registration Office. I had an IFS friend, who was a senior officer in the External Affairs Department and I asked her to meet him. I also gave my visiting card to her," Mani said. He almost forgot the incident until she rushed to him a week later with a smiling face. "She told me that my IFS friend had ensured a two-year stay for her and thanked me profusely." Over the years, Mr. Mani's work took him to foreign countries frequently, and he could not visit AIR as frequently; he lost touch with her until one day he spotted her on television.
"The Nobel Prize for Peace for 2001 had been announced and they showed her on TV. When I met Viswanathan, I asked him whether he was able to remember her. But he could not. I reminded him about our days in AIR and he said we could take pride in shaking hands with a Nobel Laureate."
Keywords: Actor Bharathi Mani, Suu Kyi (The Hindu 5/4)
Posted by Jaisakthivel at 7:26 PM