RRI invites you to participate in a new prize-winning contest devoted to Romanian sculpture. On February 19th 2006 it’s 130 years since one of the most outstanding sculptors of the 20th century, Constantin Brancusi was born in Hobita, Gorj county, in south western Romania. Regarded as the father of modern sculpture, Brancusi is just one of the outstanding sculptors Romania has “given” the world. One of them, Ion Irimescu died in late October 2005 aged 102.

So tune in to RRI’s programmes and access our site www.rri.ro, and provide correct and complete anwers, in writing, to the questions and you may be a winner of the contest. You should post your answers, at the latest, by March 31st, 2006.

The contest offers two Grand Prizes -two 10-day trips, for one person, with full board, at the end of June and the beginning of July 2006 in Bucharest (to visit the museums and workshops of some Romanian sculptors), in Targu Jiu (to get to know the birthplace and works of Brancusi) in Craiova (to get acquainted with one of the projects of the Guguianu Foundation) and in Bârlad (to see the Marcel Guguianu Exhibition Pavilion). As usual, you have to cover travel expenses outside Romania and get a visa for Romania, if necessary.

If you do not win the Grand Prize, don’t worry because there are many other prizes in objects related to the life and work of some important Romanian sculptors; they will be offered by the local authorities of Targu Jiu, the “Marcel Guguianu” Foundation, by renowned fine artists and by the two media partners of the contest: Radio Oltenia of Craiova and the newspaper “Gorjeanul”, of Târgu Jiu.

And now the questions:

Dear Dxers,
48 Dxers enjoyed a day-long meeting on 19th February 2006 with
Radio Taiwan International's Chairman Mr.Feng Jeng Lin, Vice Manager of
Programming Department Mr. Wayne T. F. Wang and Senior Staff of English
Section Mr. Carlson Wang at The Peerless Inn, 12, Jawaharlal Nehru Road,
Kolkata. At 11:30 a.m the Dxers entered the hotel and registered
themselves. Everybody was given a special commemorative picture postcard. At
the beginning of the meeting Radio Taiwan International's Chairman
Mr.Feng Jeng Lin welcomed all and mentioned India and Taiwan both being
democratic countries respect each other. Mr. Carlson Wang translated the
Chairman's speech in English. A 15 minutes' long documentary on RTI was
shown next. Then it was a tea/coffee break. In the next session Dxers
voiced their proposals when Mr.Feng Jeng Lin and Mr. Carlson Wang
commented on the proposals and noted these down.
Among the Dxers were Mr. Swopan Chakraborty(Official Monitor of RTI),
Mr. Rabishankar Basu, Mr. Pranab Kumar Roy, Mr. Hiranmoy Mondal, Mr.
Anandamohan Bain, Mr. Dipak Das, Mr. T. Jaisakthivel, Mr. Bhudeb Sarkar,
Mr. Subir Basu, Mr. Rajdeep Das, Mr. Tanumoy Chakraborty, Mr. Bishan
Ghoshal, Mr. Talat Mahmood (excuse me, I can not recollect others'
names).Dxers mainly requested to improve propagation condition so that the
programs become audible. They also drew the attention to the jamming on
the RTI frequencies. Requests for airing regional language programs
(Bengali & Tamil) was also placed. Some listeners wanted to have colourful
program schedule. The Chairman of RTI assured the Dxers to look into the
proposals and to do something positive. This
questions-proposals-answers session went on in two halves - pre and post lunch. Then some
mementos were distributed and finally a listeners' club was formed and Mr.
Swopan Chakraborty was given the chair of the president of the club. After
another Coffee break the meeting was over. 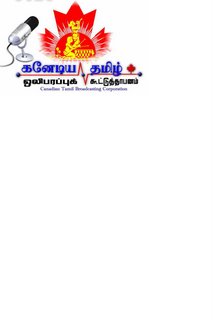 Send Your Comments to this Email ID: ib@ctbc.Com

What do you associate with Germany? Win a trip to Germany for two people!

Germany is hosting the soccer World Cup this summer. For this reason Deutsche Welle is offering its listeners a chance to win a trip to this country for two people!

All you have to do is tell us what you associate with Germany.

The winter Olympics begin on February 10. Poland does not traditionally win any medals at these games, but in Salt Lake City four years ago Adam Malysz became a national hero when he brought back silver and a bronze.

What we want to know this month is this:

In which sport did Adam Malysz win those medals for Poland? Was it:

a) ice skating
b) curling or
c) ski jumping

If you know the answer then email us now at english.section@radio.com.pl

Get your answer in by February 15 and you just might be the winner of a Radio Polonia Goody Bag, so good many Olympic athletes would give up a gold medal for one of them.

After completion of the five-leg financial bidding process for the 337 frequencies in second phase of expansion of private FM radio, Sun TV network emerged as the single largest group claiming 67 frequencies at an estimated investment of over Rs 80 crore.

The government has managed to raise Rs 906 crore by way of one time entry fee (OTEF) from 280 stations being allotted against 337 available frequencies.

The bidding on Friday took place for 64 frequencies in 19 cities of the southern zone and resulted in a record collection of Rs 177.56 crore from B, C and D category cities. Coimbatore contributed Rs 19.15 crore, the highest OTEF for three frequencies. Anil Ambani-backed Adlabs too managed to bag eight out of 19 frequencies in southern region, thereby taking its total tally to 56 stations in India.

The five-leg bidding is part of the exercise undertaken by the ministry of information and broadcasting for allotting 337 frequencies to private companies in 91 cities across India. The process started on January 6 and the first four rounds of financial bidding resulted in the government raising a revenue of Rs 729 crore by way of OTEF from 227 stations being allotted against 274 available frequencies.

As per the rules, one company can only hold upto 15% of the total allotted frequencies. Companies like Adlabs (49 stations) and South Asia FM (56) have already crossed the 15% cut-off mark. According to I&B ministry officials, a final picture is likely to emerge once the companies bagging more than 15% of the allotment vacate some of their stations.

Radio Mirchi marched into the southern states of Karnataka, Tamil Nadu, Andhra Pradesh and Kerala on Friday as the curtain came down on the second phase of bidding for private FM radio.

With the final round of bidding, government has sold about 280 radio stations across 91 cities, assuring it of revenues of around Rs 1,100 crore.

The second phase, which saw aggressive bidding by most of the players, gathered much interest after the government laid out a revenue share regime for it against the license fee structure of the first phase which proved to be disastrous.

l be fluent in spoken and written English, Spanish and Vietnamese (depending on target language) and all must be proficient in speaking and reading Chinese, and have a strong interest in the broadcasting profession.

l be well-versed in computer usage; those with computer and web experience will be given preference.

Written and mic. tests will be administered for this position on the following date:

Those interested should download an application form from our web page and send it to us by February 25.

Vietnamese applicants: ctv@rti.org.tw
(Applicants must provide a phone number and qualified applicants will be notified in advance of the test. Resumes will not be returned.) [Via RTI Web]