New Delhi: Capitalising on the government's strength to stay in competition with the private FM radio broadcasters, public broadcaster Prasar Bharati has sought free land from all state governments to set up its own 500 AIR FM channels (two per city) in over 250 towns. The idea is to operationalise AIR's FM radio stations before the private media firms launch their own FM stations after the government cleared third-phase expansion of private FM radio policy recently which envisages setting up of 839 FM station across 313 towns.

Deutsche Welle will be discontinuing the shortwave broadcast

According to their press release of May 18th (http://dwelle.de/dw/article/0,,6529299,00.html) "Deutsche Welle will be discontinuing the shortwave broadcast for German, Russian, Farsi and Indonesian on November 1, 2011. For English, the shortwave broadcast will be limited to Africa. The broadcasting times for Chinese programming will be reduced from 120 minutes to 60 minutes. Starting in November, DW will only be broadcasting radio programming via shortwave in the following languages: Amharic, Chinese, Dari, English and French for Africa, Hausa, Kiswahili, Pashtu, Portuguese for Africa and Urdu."

"The shortwave program currently broadcasts 260 hours daily with DW's own or rented relay stations – with the new focus on Africa and regions in Asia that will be reduced to just 55 at the beginning of the winter season. Only the relay station in Kigali (Rwanda) will be needed for shortwave broadcasts in Africa. The stations in Trincomalee (Sri Lanka)
and Sines (Portugal) can no longer be used to capacity. The financial operation is no longer possible and the relay stations will stop being used on November 1, 2011 and closed at the next possible point in time." A very strange situation that they are going to close down their German Service completely - no shortwave broadcasts anymore for German expatriates, businessmen or tourists. (Bethge via EDXP). Cf. DX-Window no. 429. (Ed)

Posted by Jaisakthivel at 10:46 PM

The ‘haunted’ past of Radio Ceylon 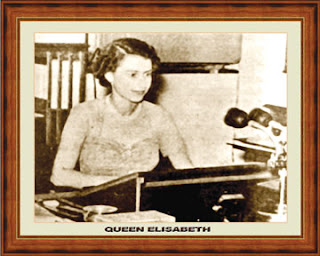 by Chamari SENANAYAKE
Walking into the Sri Lanka Broadcasting Corporation (SLBC) buildings at Torrington Square, one would immediately feel the historical value of the place, but most people would not know just how valuable it is. Our SLBC is Asia's first broadcasting corporation. Radio Ceylon started in Sri Lanka then Ceylon, paving the way for many other radio stations that later came to be celebrated around the world, inspiring countries such as Hong Kong, Korea, India and Singapore to enter the world of wireless media.

DG of SLBC Samantha Weliweriya said that there was even speculation that the SLBC is the world's second radio station. Even if such speculation is not true, he said it is an indication of the importance of Radio Ceylon in the world arena. Radio Ceylon definitely becomes the 30th station in the world, in a line dominated by mostly American and British radio stations, bringing immense pride to Sri Lanka.

And that's not all, there is a hidden past behind the place now occupied by the radio station. According to Chairman Hudson Samarasinghe, who joined the SLBC many decades ago, and has been there ever since, the area was used as a runway during World War II.

The racecourse next to Radio Ceylon was used by the military and some parts of the Radio Ceylon grounds were frequently used for aviation activities which made it difficult to carry out broadcasting functions. Another interesting historical fact is that Radio Ceylon's broadcasting activities were taken over by Allied Forces during World War II and when the war was over, it was handed back to the government.

History began with the arrival of Edward Harper during the time of Sir William Henry Manning. He was the chief engineer of the Telegraph Department and soon began working on wireless broadcasts. The very first experimental broadcast hit the airwaves as early as 1923. Not many people know this fact and believe that the first experimental broadcast was actually made in 1924, but the world had heard us a year earlier from the Telegraph Department, just three years after the inauguration of broadcasting in Europe. Harper and his assistants had broadcast gramophone music as an experiment using radio equipment from a captured German submarine. 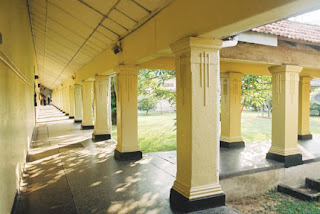 The actual launch of Radio Ceylon was in December 1925 by Sir Hugh Clifford. The station came into being after the war and reached broadcasting heights in South Asia, leading the way in the world of entertainment and news. The very first senior management officers of the station came from the British Broadcasting Corporation (BBC). They worked tirelessly to make Radio Ceylon world-recognised, and it indeed was then.

They even did a live coverage of the moon landing and used to cover all major cricket matches before Rupavahini launched its live sports telecasts. Talking about his Western inspirations and knowledge, Salman Rushdie had once said, "I have to express my deep gratitude to what was then called Radio Ceylon. It had a slightly more open attitude and did play Western music, so that's where I became familiar with all kinds of things that I could slightly regret, like the complete works of Ricky Nelson."

Going back to the hidden and interesting past behind the place now known as SLBC, one could not help but mention the word 'haunted'. The old buildings there are over 150 years old and once was home to a lunatic asylum. Standing proud and beautiful even today are the straight and long corridors created especially for the use of a hospital. These corridors have seen many old-fashioned trolleys, mobile beds and other hospital equipment being pushed along by attendants and nurses.

They create a labyrinth inside the institution and even the people most familiar with the place could easily get lost. Some say that staff that work in the evenings and nights have heard peculiar sounds in the dark and isolated corners. Although these are mostly hearsay and speculation, the history behind the place is quite fascinating and could create credible grounds for such stories.

The Colombo Lunatic Asylum was the first mental hospital in Sri Lanka and was built on the grounds that are now used by the SLBC. Most of its records run as far as 1850, but the very first buildings could have been built many years or decades before that.

It was divided into the asylum proper and the house of observation. Usually, about 700 patients were treated each year at the beginning of the 1900s. Even during the 19th century, in any given year, the number of patients treated always stood above 500.

There was one recorded escape in 1905, but the escapee was later found and brought back. Around the same time there was one attempted suicide. During the first decade of the 20th century, a separate dining hall for females and a dispensary were built. Work on a new mental lunatic asylum began in 1920 at Angoda.

From the beginning, the Colombo Lunatic Asylum was overcrowded and the accommodation provided was inadequate. It was the only mental facility in the country and the superintendent could not turn people away and had to take all patients that came in.

The mortality rate was high and remained above 50 each year. Almost all deaths were due to TB and some were due to malaria. Over 300,000 people are believed to have died of malaria around the 1930s in Sri Lanka. 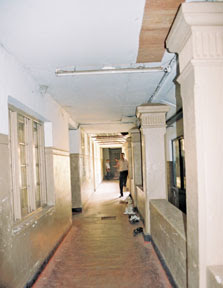 Torrington Square, Colombo 7, Colombo 5 and the surrounding areas were bushland then, and were known as Kumbi Kele (ant forest) and the asylum grounds were quite large. Therefore, a corner of the land was also used as the hospital's cemetery for bodies that were not claimed by families.

The hospital had a large mortuary; this room is still there but remains closed. Berty Galahitiyawa, a veteran announcer joined the SLBC in 1962, and retired as Director-Training. He recalls the cafeteria in the '60s which was near the mortuary, and some of his friends talking about hearing strange sounds emanating from it while they were having their tea breaks during the evening's broadcast. “We did not believe it, but we knew there was a closed-down mortuary adjacent to the cafeteria. Later on, many studios were built around it” he said.

Ironically, there is a cafeteria there even today.

Frederick Fiebig was originally an artiste and lithographer in Calcutta in the 1840s. When he visited Sri Lanka in 1852 he had taken a black and white picture of the SLBC which was later hand-coloured.

Even today, its long corridors are eerily silent with memories of the past, not merely because of the way it was built for patient transport. 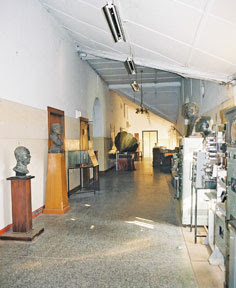 There are framed photographs of legends in broadcasting and other important figures that were associated with the place. Sunil Shantha, Rukmani Devi, Ananda Samarakoon and Premakeerthi de Alwis are some of those who are no more .

In 1954, when Queen Elizabeth II visited Sri Lanka, a Radio Ceylon van equipped with a disc-cutting machine was sent along with her to record the important events.

An interesting fact about Radio Ceylon is that after conquering Mount Everest, Edmond Hillary and Tenzing Norgay turned on their transistor radio and the first thing they heard was an overseas broadcast on the English All Asia service of Radio Ceylon.

The place now known as SLBC, most fondly remembered as 'Radio Ceylon' is a legend of its own with a colourful, eerie and romantic past.