13 February is World Radio Day — a day to celebrate radio as a medium; to improve international cooperation between broadcasters; and to encourage major networks and community radio alike to promote access to information, freedom of expression and gender equality over the airwaves.

As radio continues to evolve in the digital age, it remains the medium that reaches the widest audience worldwide. It is essential to furthering UNESCO’s commitment to promote gender equality and women’s empowerment.
Through World Radio Day celebrations around the world, UNESCO will promote gender equality by:
We invite all countries to celebrate World Radio Day by planning activities in partnership with regional, national and international broadcasters, non-governmental organizations, the media and the public.
On 13 February, let’s celebrate women in radio and those who support them!
- See more at: http://www.unesco.org/new/en/unesco/events/prizes-and-celebrations/celebrations/international-days/world-radio-day-2014/#sthash.gPZ6Fsay.dpuf 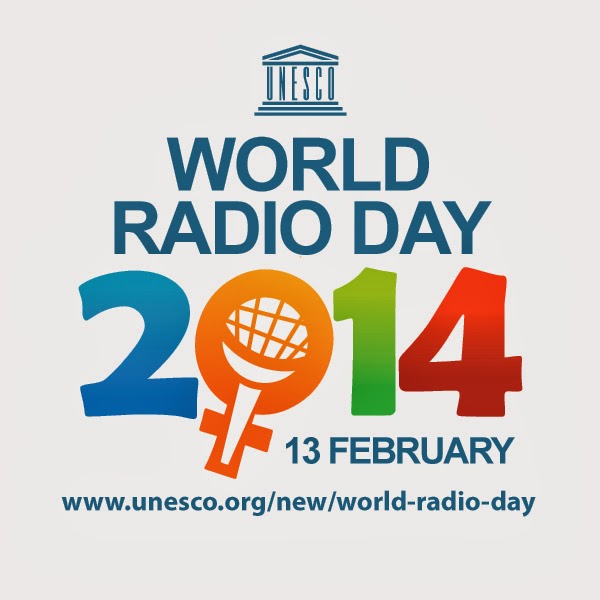 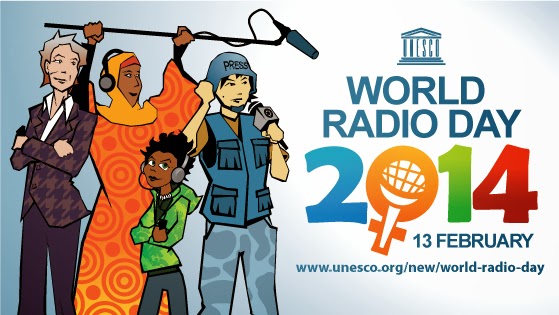 Posted by Jaisakthivel at 10:12 PM

The DRM Consortium, its members and partners have a strong presence at the 20th international BES (Broadcasting Engineering Society of India) conference and exhibition on terrestrial and satellite broadcasting, held in New Delhi, India, between 14 -16th January 2014. Three conference presentations, one workshop and the participation of several key members exhibiting (Ampegon, Digidia, Fraunhofer IIS, Harris, Nautel, NXP, and RFmondial) are attracting considerable interest from the industry.

In India, following a decision of the Government in 2010 to digitize all broadcast transmissions by 2017, All India Radio (AIR) has begun the roll-out of the DRM Digital Radio standard. The impact of this major technical and financial commitment is currently taking shape. DRM transmissions will offer the majority of the population improved audio quality, multi-lingual text news, improved service reliability, diversified content and many additional features. Digital Radio Mondiale is the only all-band, global digital radio standard designed to enhance the listener experience equally in both the AM and FM / VHF broadcast bands, giving FM quality services to all Indian listeners nationwide.

DRM allows the broadcast of up to three programmes simultaneously, on one frequency (potentially offering more diversified content or in different languages) alongside text news. DRM transmissions use less energy, thus saving substantial cost and resources. DRM can ensure extended coverage both locally and over wide areas by revitalizing the existing broadcast bands and infrastructure. DRM integrates radio into the modern digital ecosystems that are currently developing and will supersede any other analogue technology developed seventy years ago.

In their presentations, DRM Consortium members are stressing the extra features of DRM (such as the Emergency Warning Feature in case of national disasters). They are also explaining the latest updates to the standard as well as the new developments in receiver chipsets which increases the potential for locally produced and cost-effective receiver solutions. As DRM digital radio starts to become a reality in India, the support and communication by the Government and Prasar Bharati is crucial in building the necessary confidence of receiver manufacturers, retailers and listeners.

To stimulate the interest of Indian stakeholders, the Chamber of Indian Industry (CII) is organising a one day National Seminar on:  “DRM: The Future of Indian Radio - Business Opportunities for Stakeholders” on the 28 February 2014 at Hotel Le Meridien, Sovereign I, New Delhi.

Posted by Jaisakthivel at 3:06 PM

IDXCI (Indian DX Club International) remembers him with this post dedicated to his loving memory...

Posted by Jaisakthivel at 2:54 PM

Look out for more DRM broadcasts from this station at other timings in External Services of AIR.


Posted by Jaisakthivel at 7:00 AM

The 15th edition of the Northeast Book Fair was recently held at the Chandmari field in Guwahati.
During the fair, the Guwahati Centre of All India Radio put up a stall where they displayed old equipments like Microphone, Amplifier, recorders, Players, Valves and transmitters.
Several artists also took part in the fair and displayed their paintings.
The Bishnu Pria Manipuri community set up a stall called "Sristikon" to promote their tradition and culture through painting and literature.
http://www.business-standard.com
Posted by Jaisakthivel at 10:14 PM

Bringing the world to radio listeners in a unique format, All India Radio (AIR) will launch 'India 360' initiative this Republic Day, highlighting India's bilateral ties with countries by presenting interesting facts and anecdotes.
"We will cover all countries with whom we have diplomatic ties. This initiative will be a unique effort to connect the radio listeners with the world," AIR Director General (News) Archana Datta said.
The programme will be of 8-10 minutes duration and will be broadcast in English once a week in coordination with the External Affairs Ministry's external publicity division. It will be aired on FM Gold which is popular among the listeners, she said.
The aim is to highlight India's bilateral relations with the countries in an interesting radio format, bringing to the listeners the different aspects of a country after detailed research and airing the bytes of the Indian ambassador of each country, she said.
The ambassador in each country would speak about important aspects of bilateral relations like trade ties, people-to-people contact, and the Indian diaspora.
Japan will be the first country to be broadcast under this initiative coinciding with the visit of Japanese Prime Minister Shinzo Abe as the chief guest of Republic Day function.
Plans are afoot to record his byte and air it as part of the programme, she said. Making the programme interactive in nature, there would be quiz question at the end with prizes for the first three winners.
Social networking sites like Facebook and twitter would be utilised to popularise the programme. "We have 3.5 lakh likes on Facebook and we will use it to help the listeners connect with the world around them," she said.
Source: http://www.dnaindia.com
Posted by Jaisakthivel at 10:13 PM

Once again, we acknowledge with appreciation the many entries in this year come from different parts of the world. Thank you for participating, and we trust that you enjoyed participating as much as we did in perusing all of the interesting entries. All entries will be acknowledged through the post, and all reception reports will be verified, though it will take time, to process them all.

Posted by Jaisakthivel at 2:02 AM